What I learned from my experience at WWDC17 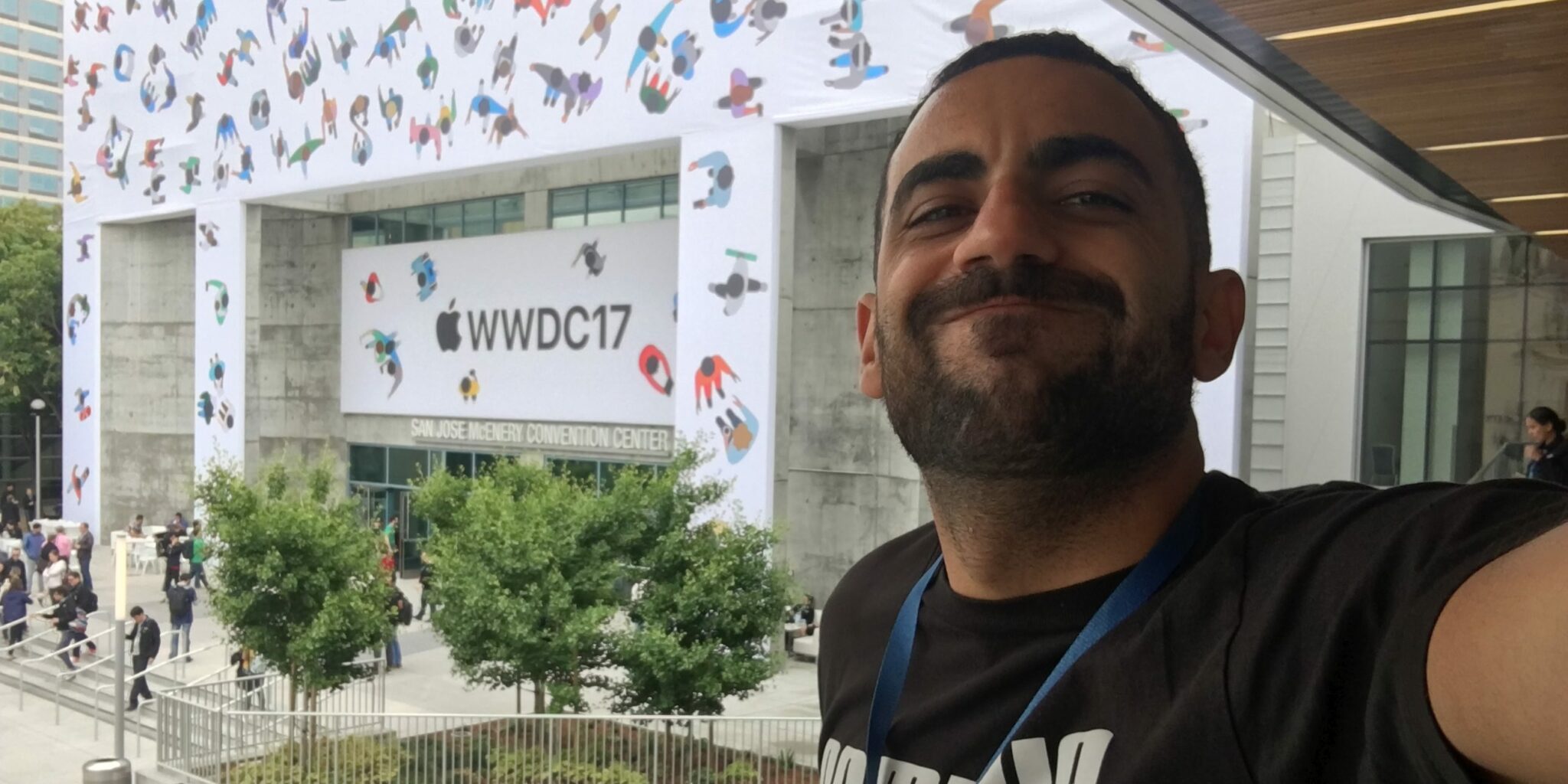 I woke up bright and early feeling very excited (and exhausted) on June 5th to get ready for the big opening keynote at WWDC in San Jose, California. When I got there at 5am, the line was already filled with people who have been there since midnight. After 5 hours of waiting in line, the doors finally opened, and people flocked in to get a good spot for the grand opening keynote.

The first thing I noticed was the atmosphere. The place was buzzing with techies, there was music blasting, and as we entered the building, there was a group of Apple staff cheering and welcoming us into the conference hall. It was unlike anything I’ve ever seen 😲.

When I got to the auditorium for Tim Cook’s opening keynote, you could feel the hushed excitement in the audience all around. For the past 10 years, I’ve always watched the keynote online, but being in the room where the action was felt very surreal. I’m not even sure how to describe it. You had to be there! 😝

In between some of the sessions, I got to talk to some Apple Engineers. As expected, they were very passionate about their work, and all the changes to come. You could tell how much everyone loved what they were doing, and I think that really reflects in the quality of their products.

It was very cool to see some of the new iOS frameworks they introduced in machine learning, augmented reality and computer vision. There were so many new features introduced that I honestly couldn’t wait to get my hands on them and see what kind of things the TTT team and I could brew up 🤓. There was also an enormous focus on accessibility. Apple emphasized over and over again the importance of making apps/software for everyone. In one of the sessions, there was a gentleman who was only capable of moving his head, and yet he had full control over his iPhone.

And if all the new tech announcements and suspense weren’t enough, Michelle Obama showed up as a guest speaker at one of the motivational sessions with Lisa Jackson. I seriously nearly lost my mind. She talked about some of the philanthropic work her and her husband were a part of, educating her daughters, and how in order to make an impact in the world, it’s important to start with your immediate surroundings.

Considering the scale of the event (nearly 7000 people), I was very surprised at how well organized the entire thing was. No one ever panicked, everyone knew exactly what they were doing, where they needed to be. All the sessions started exactly on time, and you could tell the presenters were extremely well prepared. It really sets a bar that no other conference can match, in my humble opinion. I really have to give props to Apple for how well this event was run.

After the event came to a close, I also made the trip over to visit the Apple campus, and also the garage that was the birthplace of Apple Computer. Unfortunately, the new Apple Park isn’t open to the public yet, but I did manage to get a glimpse of it driving by.

The biggest takeaway from all of this wasn’t any particular technology or feature. For me, it was the motivation and the drive to work harder than ever before, and to build bigger and better innovative products💡.
Now that I think about it, even though it was a tech conference for developers, a lot of the material over the 5 days weren’t merely about technology. There were talks about motivation, diversity, social improvement, lifestyle and being a positive influence in the world 🌎.
If i could use one word to describe the entire experience, it would be overwhelming (in a good way).

I would definitely go back, and my wish would be for every iOS developer to experience WWDC at least once in their career .