ViDIA's Last Meetup of the Year! 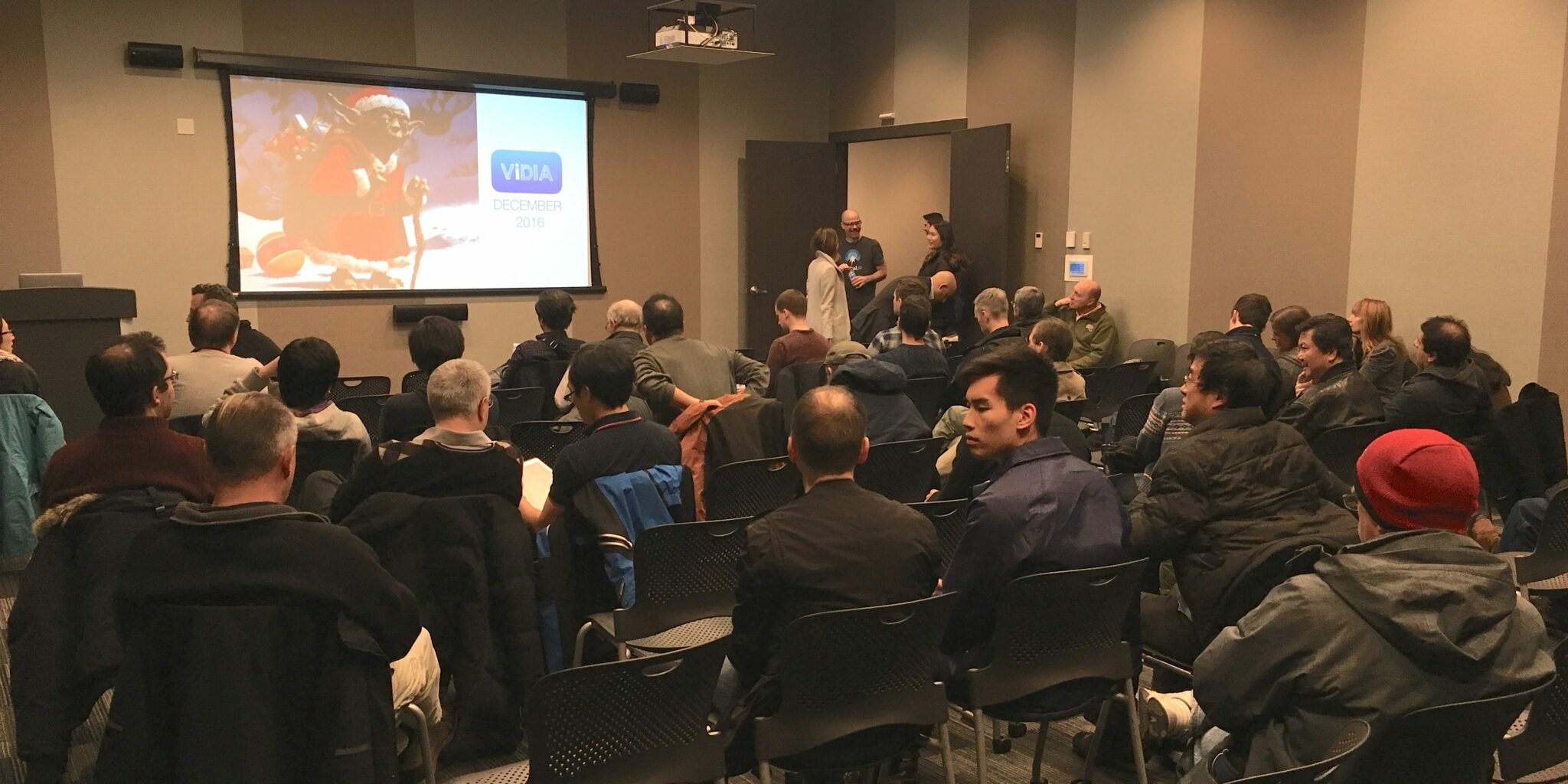 ViDIA (Vancouver iDevelopers Industry Association) had their last meetup for the 2016 last night at the Oceanic Plaza. The turnout was amazing, there almost weren’t enough chairs!
Chris Hobbs, ViDIA and TTT President, kicked off the night by bringing some attention to the Startups Care initiative, a grassroots volunteer organization which works with startup organizations from across Vancouver to collect food and money for those in need. If you’re interested in contributing, click here!
In line with the spirit of Christmas, Chris showcased our very own TTT Christmas app. We were so excited about it that it’s got its own blog!
There were two very special guest speakers in the house last night: Leslie Chau, IBM’s Product Manager for Swift and Candy Button Disco, an iOS developer from Facebook.
Leslie gave us some insight into the capabilities of Kitura, IBM’s web framework for Swift. He kindly did a demo for us on setting up directories and using Apple SPM to initialize a project within Kitura.
Candy shared with us the inner workings of Facebook’s typeahead, and how they’ve been optimizing speed for client-side caching. In layman’s terms, it’s how quickly and accurately the suggested entries come up when you start typing into the search bar on Facebook.
It’s so exciting to see all the projects that are happening, and apps that are being created. Being completely new to these meetups, I’d say if there was one thing I took away from it, it’d be the wonderful sense of community.
It’s such a heartwarming thing to see people with similar passions and interests come together despite the freezing temperatures outside and share their work with each other. It also reminds me of why I love this city so much.
For our team at TTT, growth has been amazing in 2016 and we’re expecting even bigger things in 2017
See you all next year!