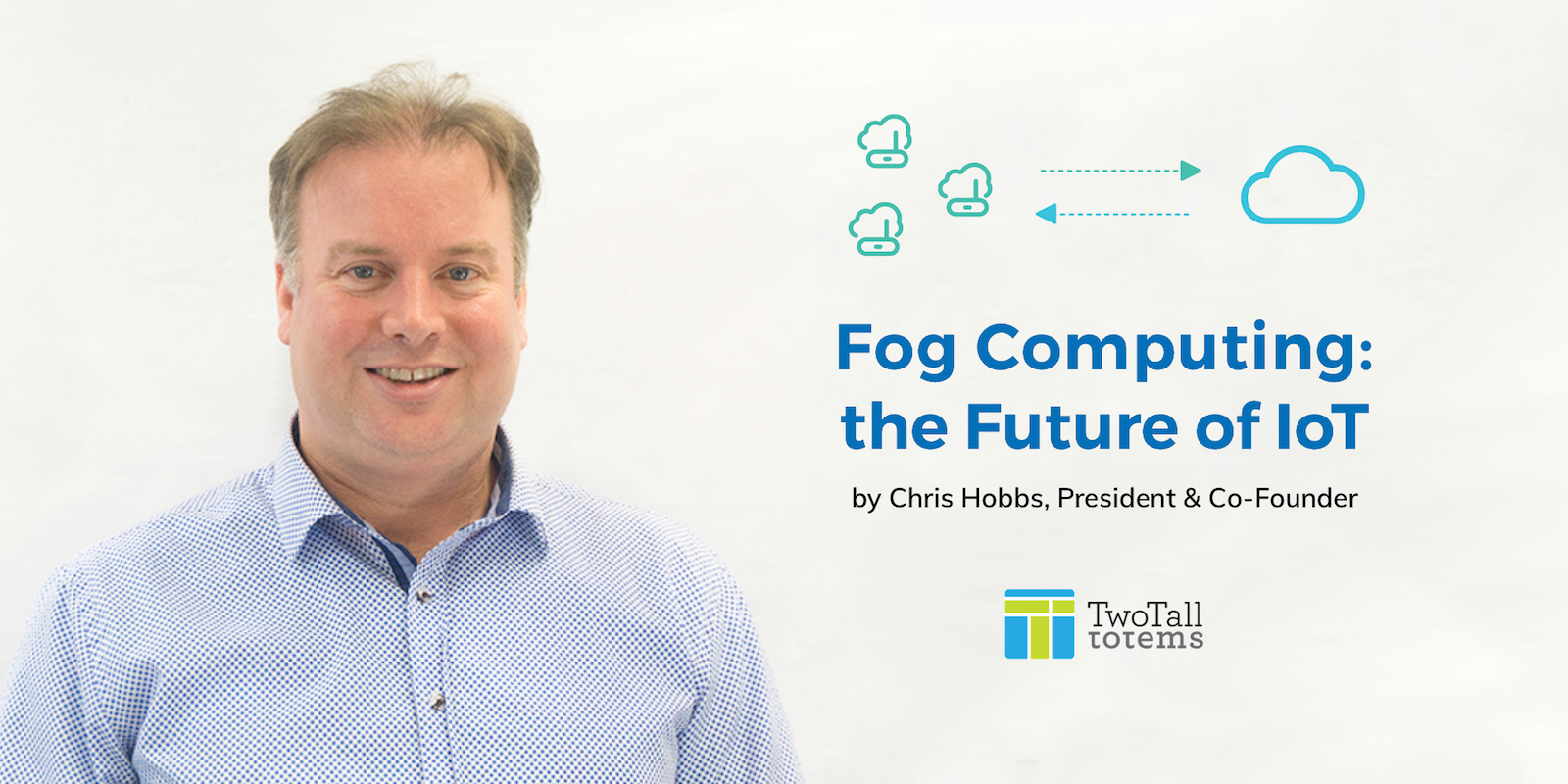 Fog has a mystifying effect. It eats cities whole. Often I am driving down Cambie street to the TTT office and witness our beautiful city missing under a blanket of white. I wonder what magical things are happening under the mist. What will appear as I get closer to the bridge.

In the same bewildering fashion comes what will be the future of IoT known as fog computing.  Fog computing refers to extending cloud computing to the edge of an enterprise’s network with the mission to facilitate the operation of compute, storage, and networking services between end devices and cloud computing data centres.
The basic idea of fog computing is to leverage the key new software technologies, processes and applications built to take advantage of cloud computing infrastructure, but deployed on computing hardware closer to the edge of the network. Thus, it’s about bringing the cloud close to the ground — hence “fog.”

Currently there is a large amount of data carried on the network between a device and the cloud. Traditionally the cloud would handle the processing work and return the information to the device or wherever it is needed. This is fine when dealing with a small set of instructions, devices and sensors as it doesn’t tax the compute power of the cloud heavily. The future is about to get a whole lot smarter though. This means an “infinite” number of sensors and devices sending and receiving information to the data centre. This much data will perpetuate a bottle neck effect.

Fog architecture is designed to fix this problem. It does this by distributing the critical core functions such as storage, communication, compute, control, and decision making (AI) to be closer to where the data is originated. The advantage of this is great. It allows for low latency as the network carries less traffic. There is a Geo-distribution advantage as we can allow for more sensors on a network that can be even more location aware and distributed. It also allows for real time interactions as the computing is done at the device or fog node level eliminating the need for a slower network to send and receive. Basically it is like a mini cloud on the edge. 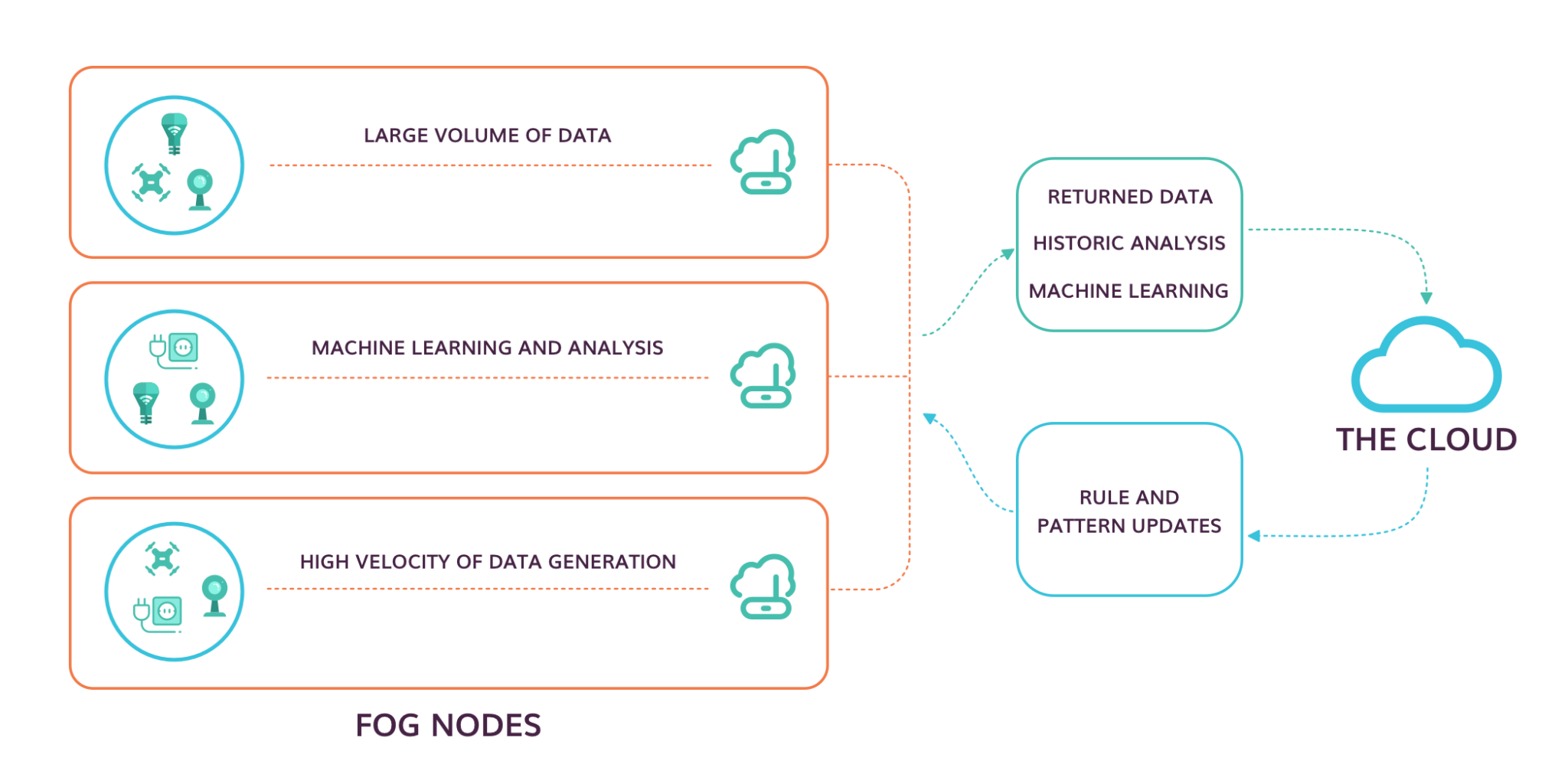 Fog computing (Fogging) will be necessary for smart city initiatives to be successful. From recent conversations I have had with large telcos and municipal decision makers it is evident there is a desire to invest heavily in this space. This will require the roll out of countless devices and sensors and connecting them to the city data centre. A chief concern centres around the question if this will overload their municipal cloud slowing down the many other digital services they offer. For efficiencies sake a fog node of sensors and devices can handle the compute functions at the local level and then send the returned data to the data centre which will require less bandwidth and compute cycles. Apply this fog model with smarter devices and sensors that can process data onboard and we have a much more efficient network that can handle massive rollout plans without taxing the current infrastructure.

I drove through the fog this morning on my way to work. It made me think about the opportunity of fog computing architecture. The irony is that the speed / efficiencies we will see with fog nodes was not realized during my drive. Instead the fog just slowed traffic down immensely. With that said I am super bullish on this technology and am confident all network architects will be implementing it everywhere.