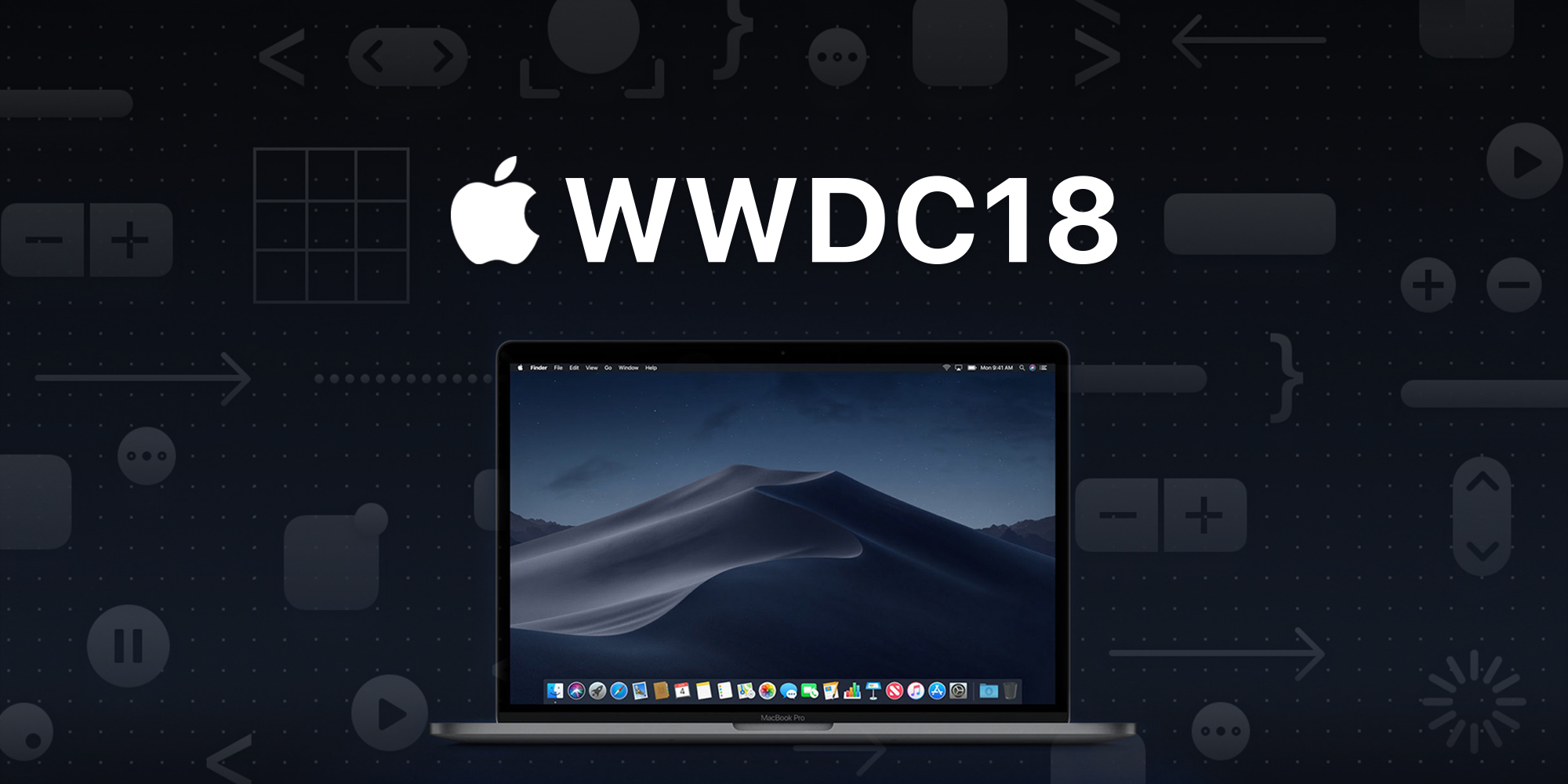 I’ve been on quite a journey exploring Apple’s Worldwide Developers Conference announcements. From iOS to tvOS, I’ve covered all the bases in Part 1 and Part 2 of my WWDC reflection. This week, I’m facing the final frontier with my thoughts on the new macOS Mojave and CarPlay updates.

Apple has a very distinct naming convention in place, where they name each version of their mac operating system after a place in California. That was until last years announcement that macOS Sierra was to be replaced by macOS High Sierra.

The latest version of macOS returned to its original convention with the aptly named  macOS Mojave. I think it’s a great name, although I’m hoping that next year’s name won’t be High Mojave. There were a bunch of new OS features announced at the conference, although I couldn’t call any of them revolutionary. With that said, I do think this is a big update in terms of quality and critical under-the-hood type improvements.

I heard rumours of a “dark mode” a week or so before the WWDC Announcement. Personally, I’m not sure what is so exciting about this update, but it’s gained quite a bit of buzz. MacOS Mojave provides users with a system wide dark mode, from the dock and menu bar to windows and apps. According to Apple, this is great for creative types as it makes photographs, videos, presentations, and documents pop off the screen. 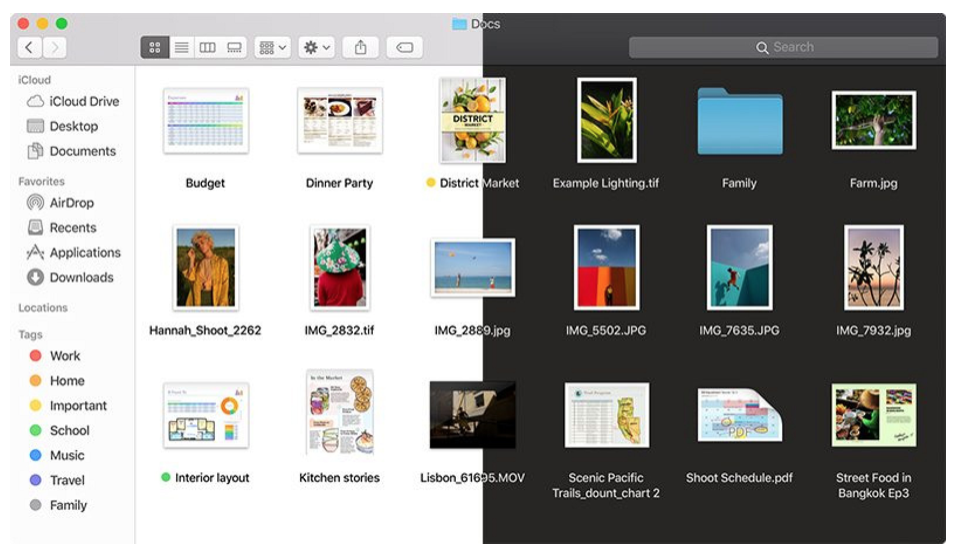 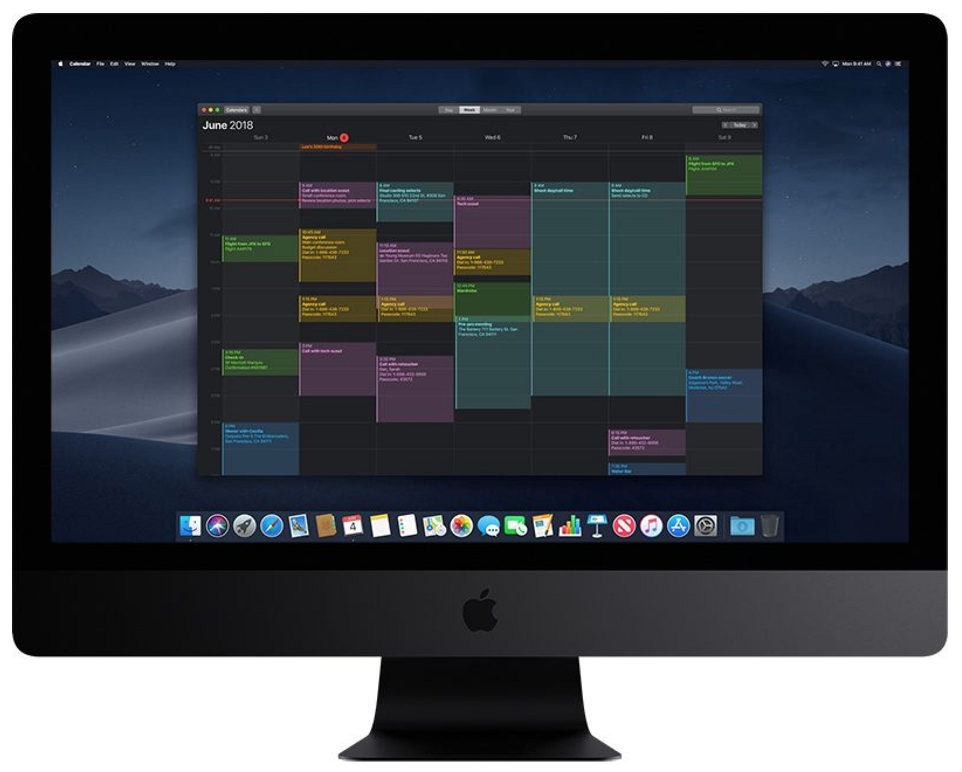 Dark mode can be enabled in macOS Mojave by going to the General section in System Preferences and selecting the darker appearance. If you are not interested in using dark mode, macOS Mojave also continues to offer the standard lighter appearance. There is also a new option in System Preferences to choose an accent colour to go along with the light and dark modes, which changes the shade of toggles, arrows, and other similar elements throughout the operating system.
I thought it was amusing that when this feature was showcased at the WWDC, it showed a computer running Xcode in dark mode. It was amusing because this is how I have set up my development environment for over five years, so initially I didn’t see any change at all. 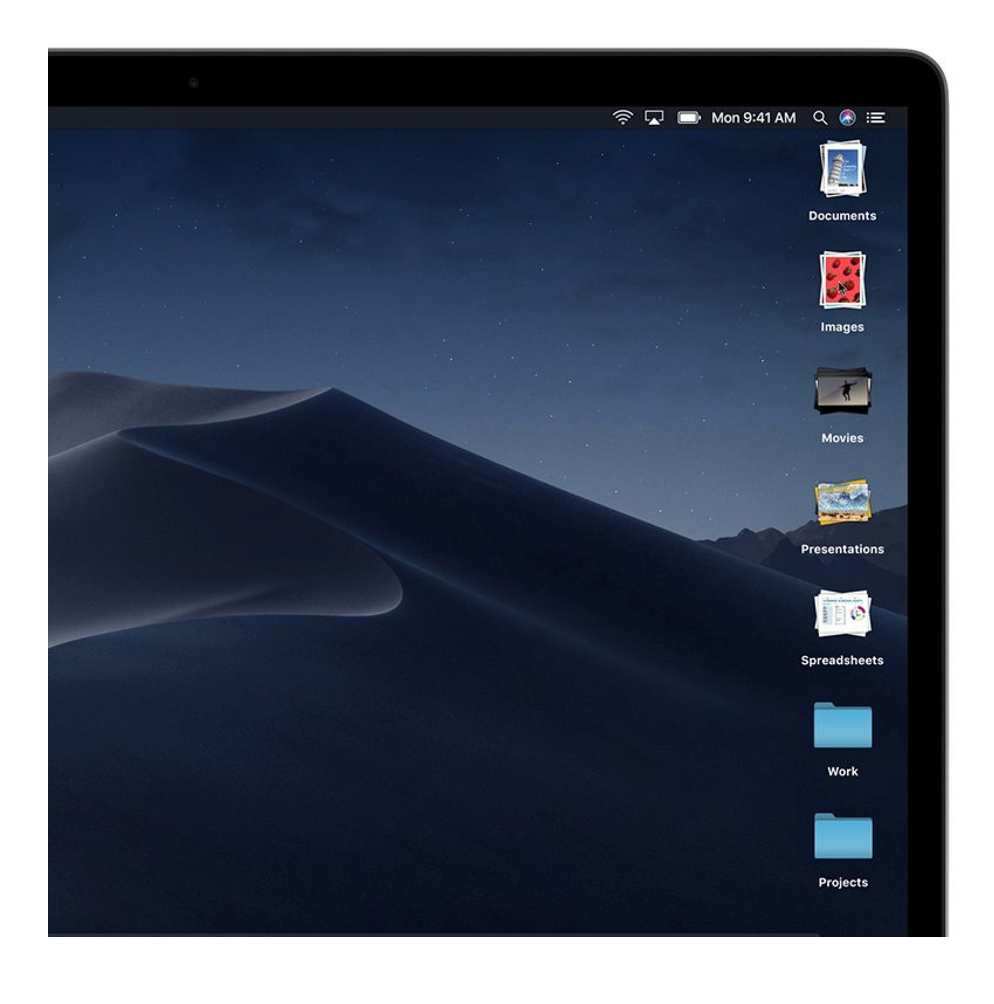 MacOS Mojave introduces a great new way to help you organize your desktop. The new feature — Stacks — allows you to aggregate and organize all of your desktop files into stacks that are sorted by date, file type, tags, etc. When you click on the stack you can interact with all of the files that are piled together. For instance, you can hover over a stack of pictures to switch through each photo and see what’s actually on your desktop without losing the organizational system.

Stacks can be very intuitive, which is something I like. Any files added to the desktop are automatically organized into their respective stacks based on your settings. Stacks can be enabled through Finder by going to View and choosing “Use Stacks.” From there, if you right click on the desktop you can choose to group stacks by Kind, Date Last Opened, Date Added, Date Modified, Date Created, or Tags.

I can’t even begin to tell you how necessary it is for Apple to improve on the experience of taking a screenshot on a Mac. This is such a basic need and one that Apple has historically done poorly. That’s why when I read about the new screenshot updates, I was very pleased. I tend to use third party solutions for screen shots, but this is a feature that is best served when integrated into the OS layer. 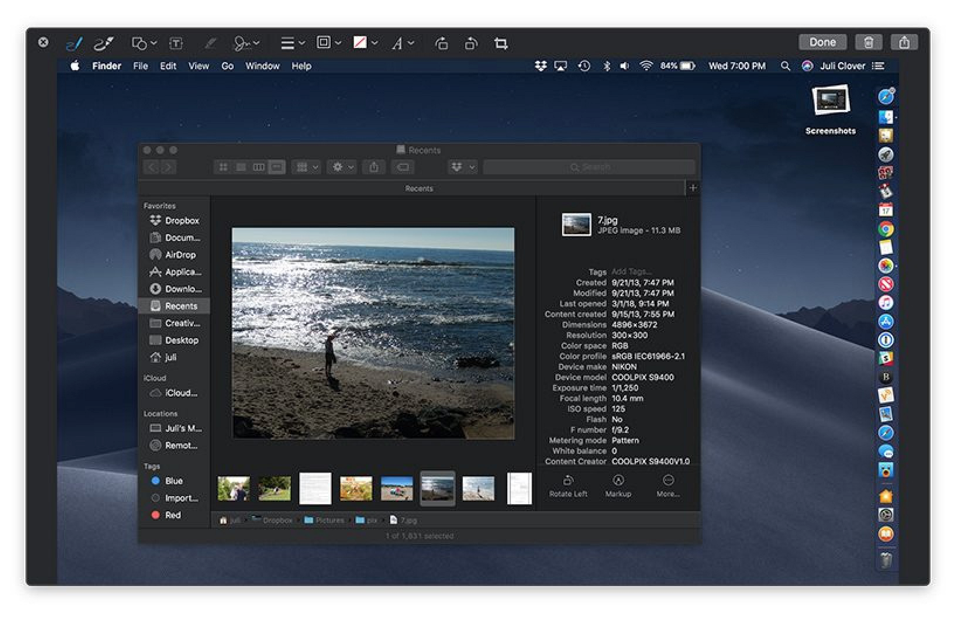 In macOS Mojave, Apple has taken a page from iOS 11 to come up with iOS-style controls for grabbing a screenshot. Hit Shift+ Command + 3 and your screenshot is displayed in a small popup at the bottom right of the display. Clicking on this popup opens it up into a full markup editing window, allowing you to crop the image, resize the image, add annotations, add shapes, insert a signature, add text, etc.

A new screen feature has also been introduced, this one giving users the ability to record the entire screen or just a portion of it. This will help immensely in a creative business like ours, where we need to share updates with clients very quickly. Screen recordings are started by clicking on the record button and stopped with an additional click on the same button. Finished screen recordings also pop up in the bottom right hand side of the display and can be edited with a click using Markup. Creating screenshots and recording screen captures are easier with the new interface, as screen recordings previously required QuickTime.

I often need to quickly take a photo with my iPhone but want to work on it with my mac. This means that I have to take the picture, go to my photos app and send it to my computer via airdrop. This is obviously way too many steps for a simple task. As a solution to this common frustration, Apple announced the Continuity Camera. This is a new continuity feature that’s designed to allow you to take a photo on an iPhone or iPad and have it automatically sent over to a Mac, into the document or app of your choosing.

CarPlay is a software overlay that turns your car’s dashboard display into a 2nd screen for your iPhone. CarPlay isn’t compatible with all of the iOS apps we tend to use on our phone as it is mostly limited to navigation, voice-activated communication and playing music. It’s still the early days for Apple and their CarPlay offering, but it’s one of those things that will help me determine my future auto purchase.

Recently I rented a car with CarPlay. I was excited to try it out but found that the features fell flat. It reminded me of the original iPhone with its lack of apps. This problem was addressed at WWDC, when Apple announced that CarPlay will now support third party apps… well kind of.

The most significant third party features CarPlay will support are navigation apps, including Google Maps and Waze (which is also owned by Google). This makes a lot of sense for Apple as today’s vehicles are expected to have a strong navigation/GPS offerings and Apple Maps has a tainted reputation. I like Apple Maps but I do tend to use Google Maps more often on my phone, since Apple has often led me astray. Once on a business trip to Toronto I ended up going 40 minutes in the wrong direction. Needless to say, I was not happy. You don’t forget these mistakes. The app has since improved but my trust has definitely wavered.

The other third party apps offered through CarPlay are entertainment/music related and include Spotify, Pandora, and Tidal. As you can see, these third party offerings will make Apple’s CarPlay a bit more of a desirable auto system.

All in all, many of Apple’s WWDC updates were cool, but none were truly awe inspiring. This was a conference for necessary software upgrades and new micro features, not for revolutionary technology. Nonetheless, it was enjoyable to geek out with fellow Apple enthusiasts and scrutinize all of Tim Cook’s choices. Chances are i’ll be back next year, with yet another serving of unsolicited opinions.