Last Friday, Christmas came early for us at TTT.
We gathered around, set up the tree together, put our presents under it, and then I was introduced to a twisted version of secret santa that scarred me for life.
Unlike normal Secret Santa where you draw names out of a hat and you buy a gift for that person whose name you drew, in the “White Elephant Gift Exchange” you’re allowed to steal someone else’s gift.
Imagine unwrapping the perfect gift, the one thing you’ve always wanted for Christmas. It’s yours. You’re holding it. You can’t wait to bring it home. It’s safely in your hands.
Except it isn’t.
…because someone else just pried it out of your hands and there’s nothing you can do about it. So you have to pick another present, unwrap that one, just to have it taken away again, and before you know it congratulations, you ended up with a pack of socks.
Look at all these guilty people: 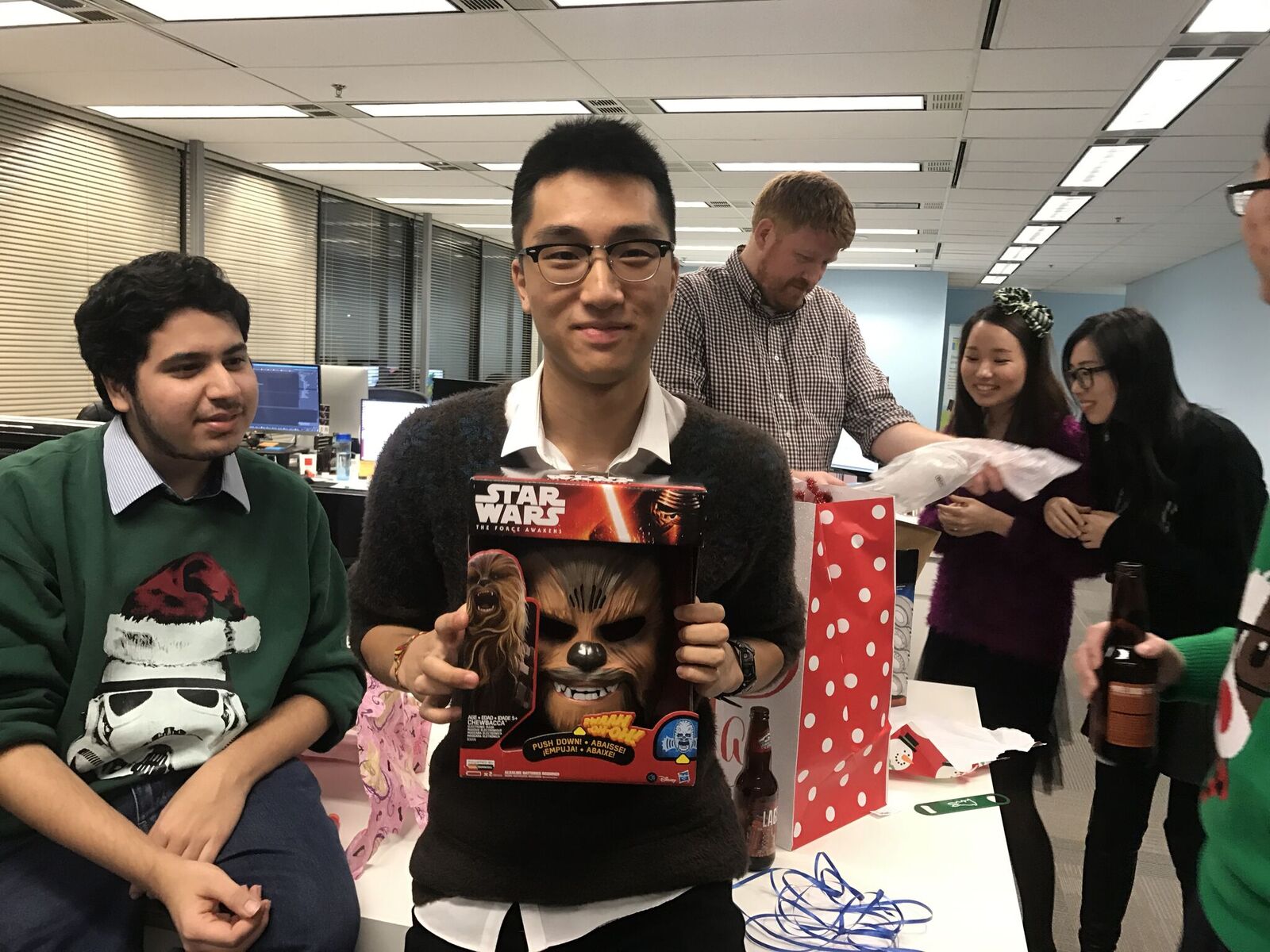 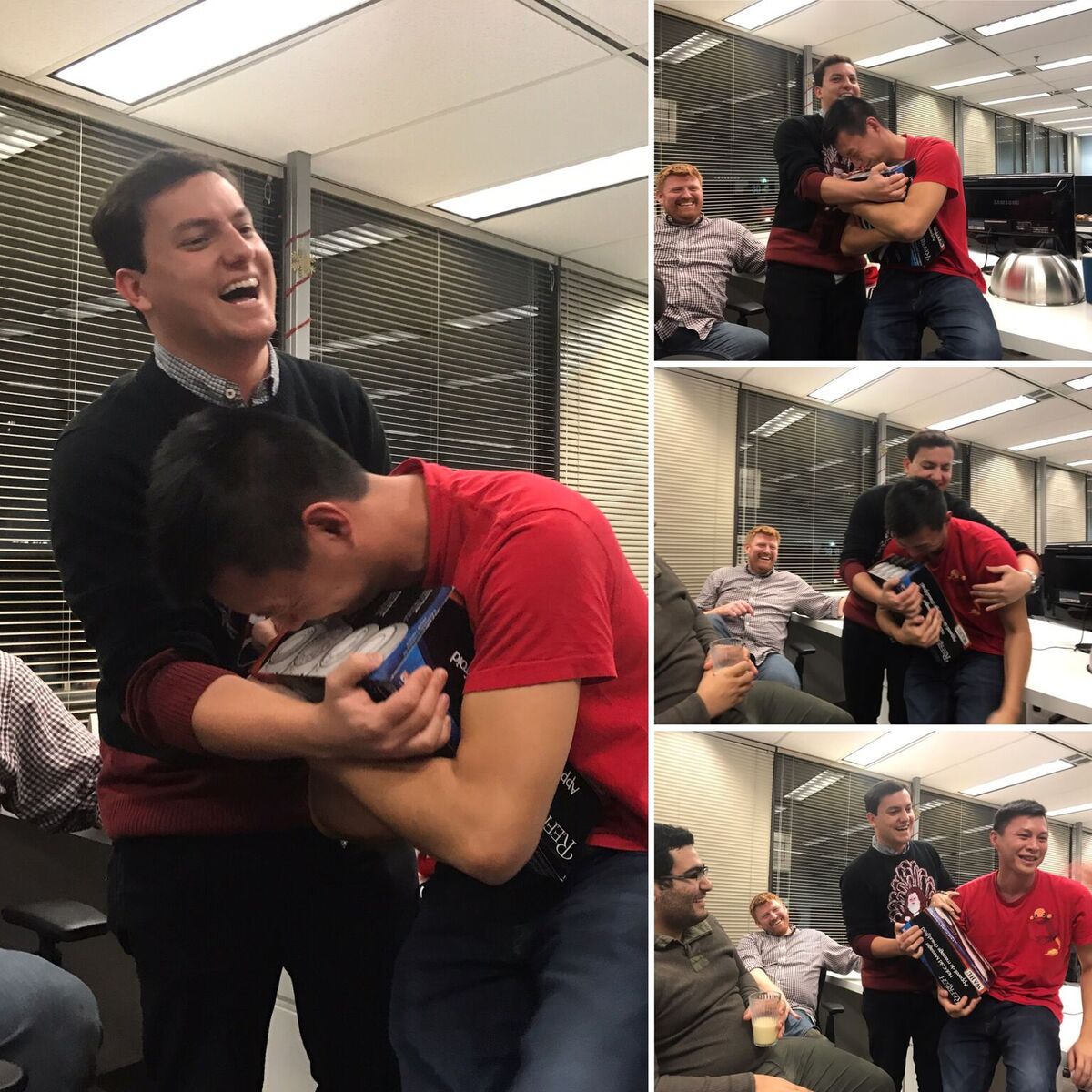 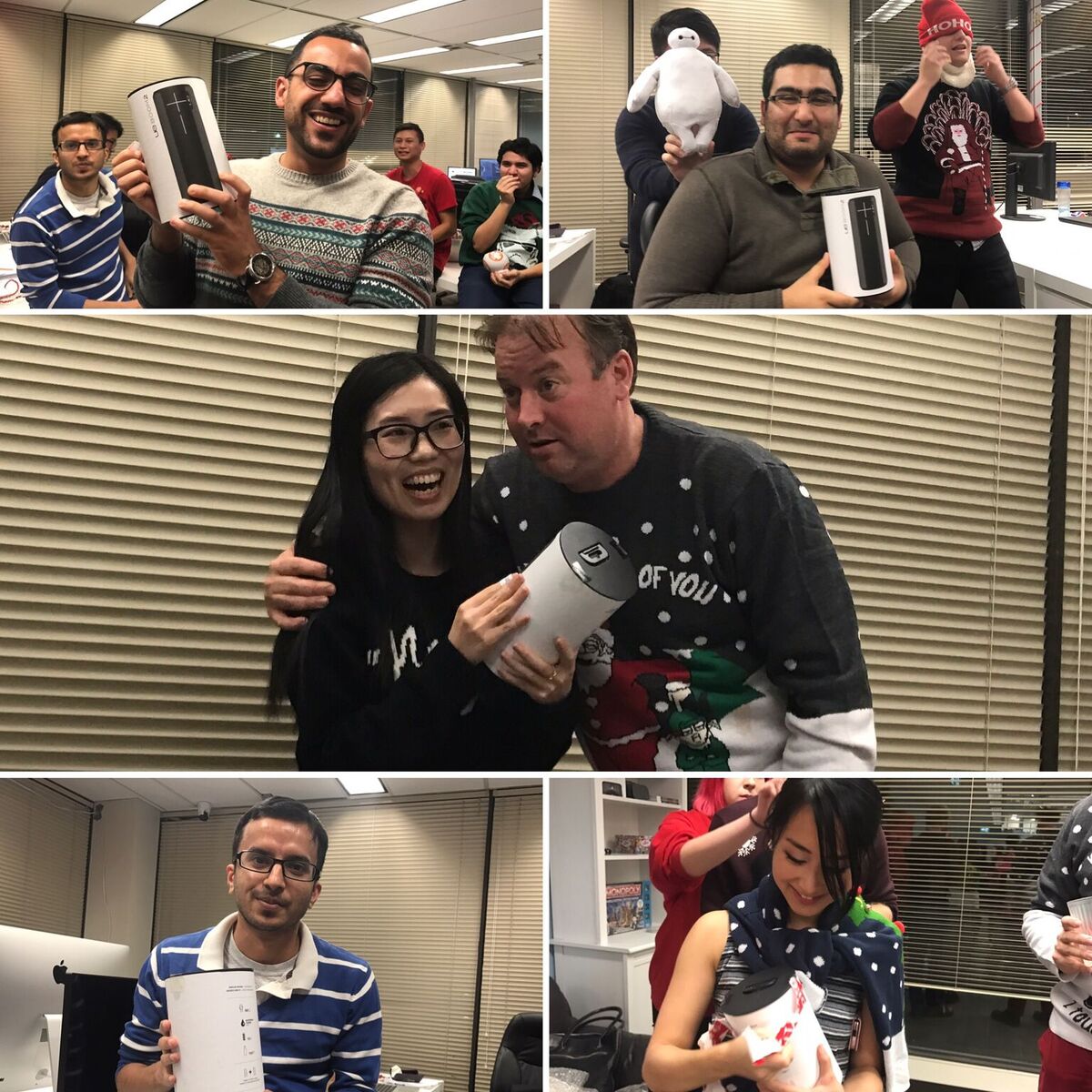 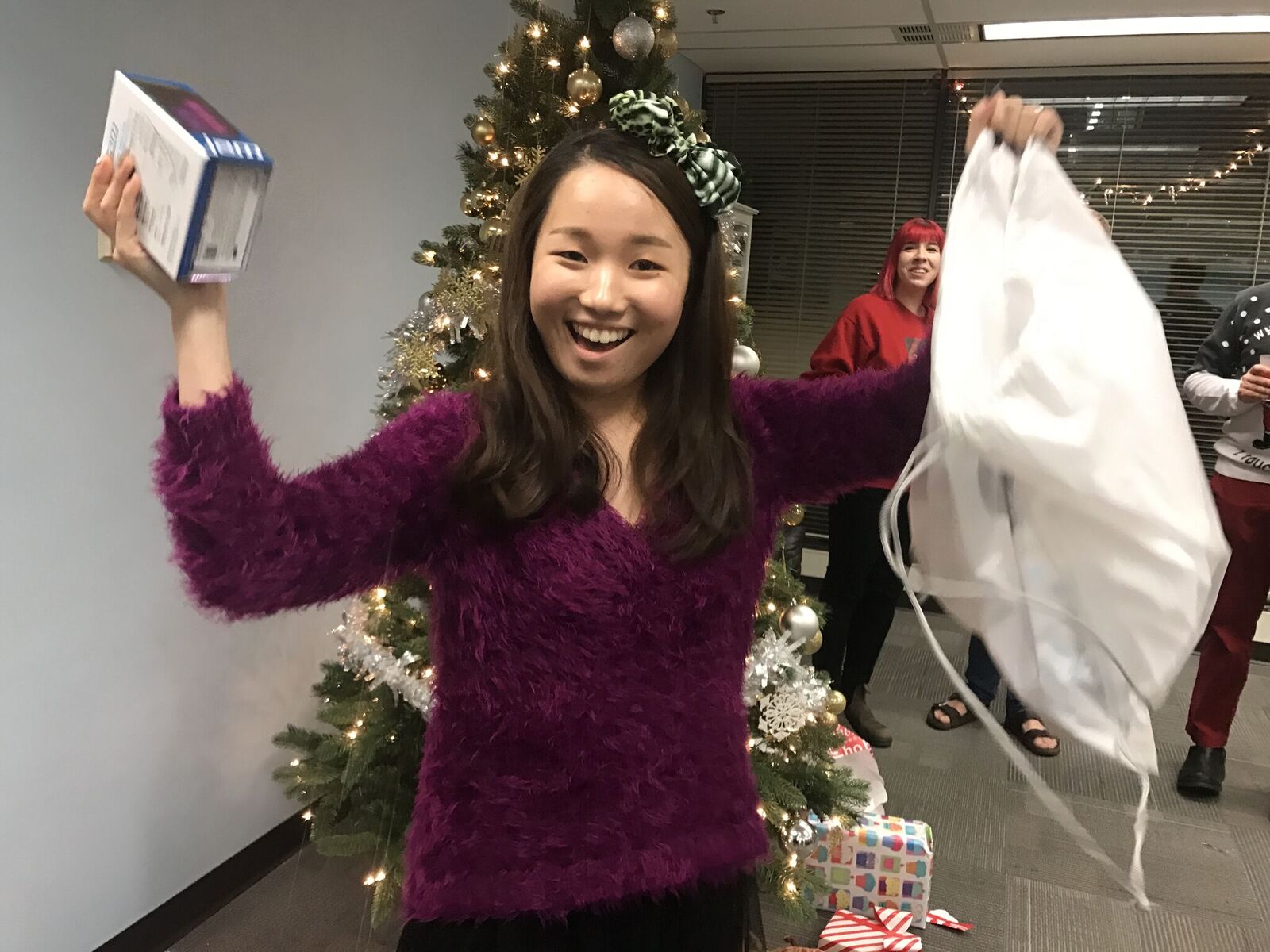 To recover from the shock, we headed off to our Christmas dinner destination.
Thank you Rogue Wetbar for making our night extra special. The food was amazing and the service was exceptional. The name on the menu was such a nice touch. We thoroughly enjoyed ourselves. 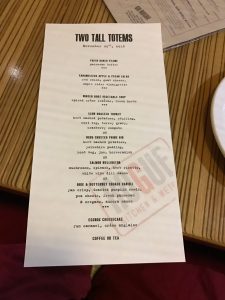 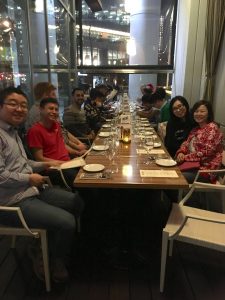 After dinner, we headed back to the office for our TTT after party! The remainder of the night was very cordial. We sipped away at our eggnog and hot chocolate Bailey’s while enjoying some boardgames and videogames alongside some Christmas classics. We all became friends again and reconciled the bad blood from the ruthless gift exchange…until Super Smash Bros. came out. Then it was everyone for themselves.
Incase you haven’t noticed, we’re a competitive bunch in both work and play, but we’re a nice group of people most of the time. Promise.
I’m still upset about losing my bluetooth speaker, but I guess I’ll get over it.
….or steal it back from Evian when she’s not looking 🙂