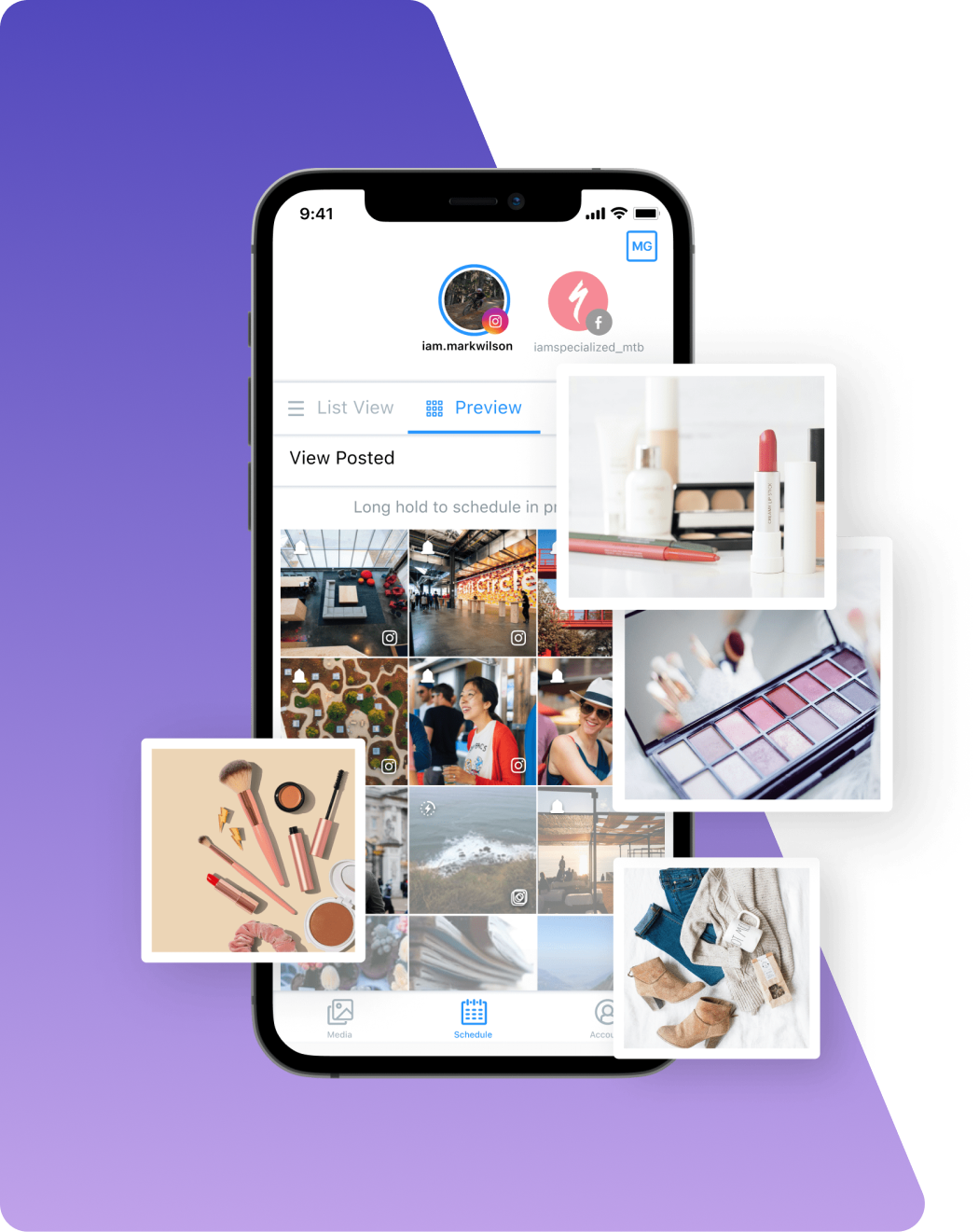 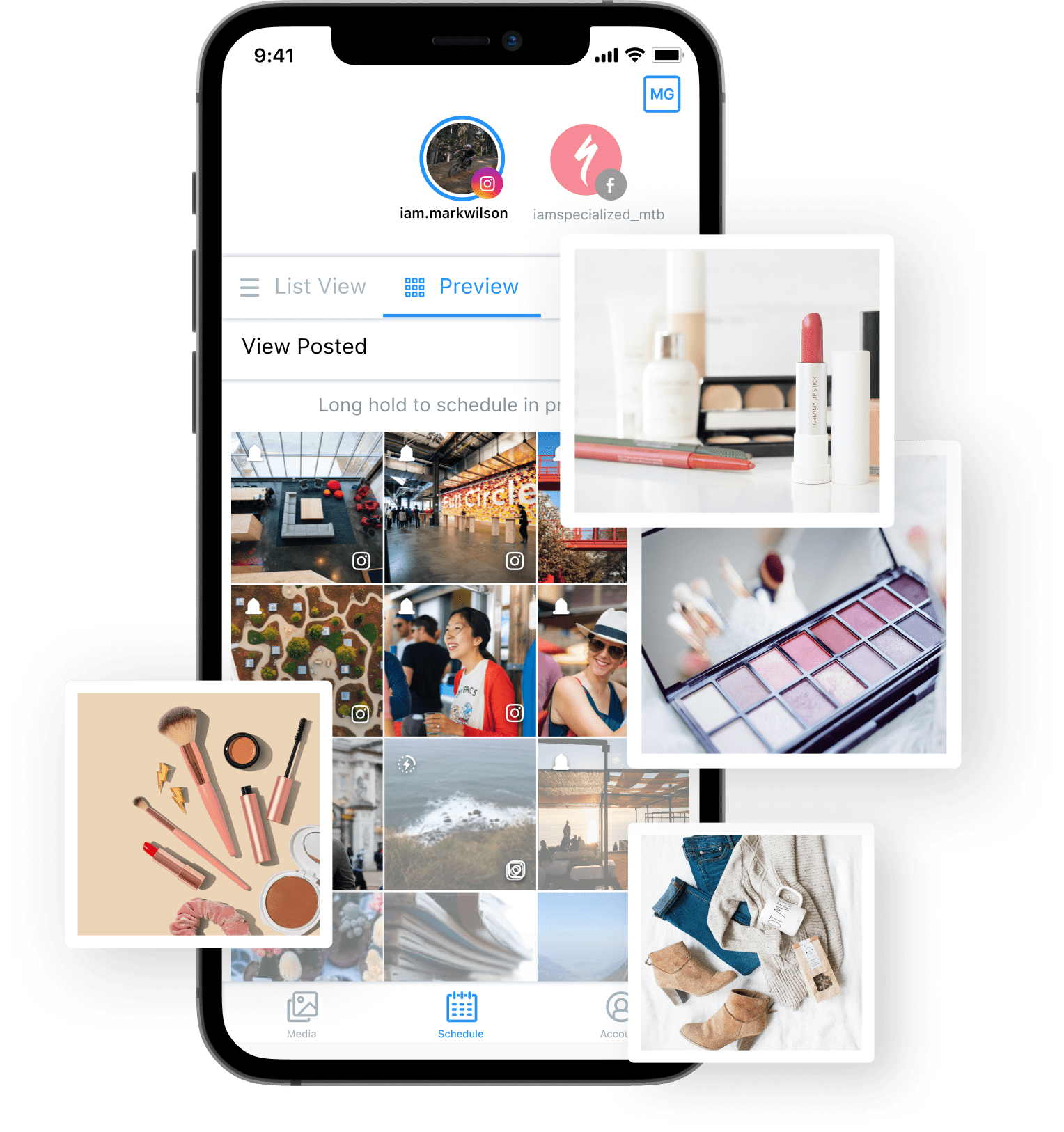 Later needed an experienced partner to champion the development of a core set of features for their media scheduler application.

TTT Studios designed and built out 3 features for Later, following their existing usability and development guidelines.

TTT Studios enabled the growth of Later Media by speeding up the time to go to market with new and heavily requested product features. By providing Later with resources to increase their development capacity, the company focused their internal resources on their day-to-day business. 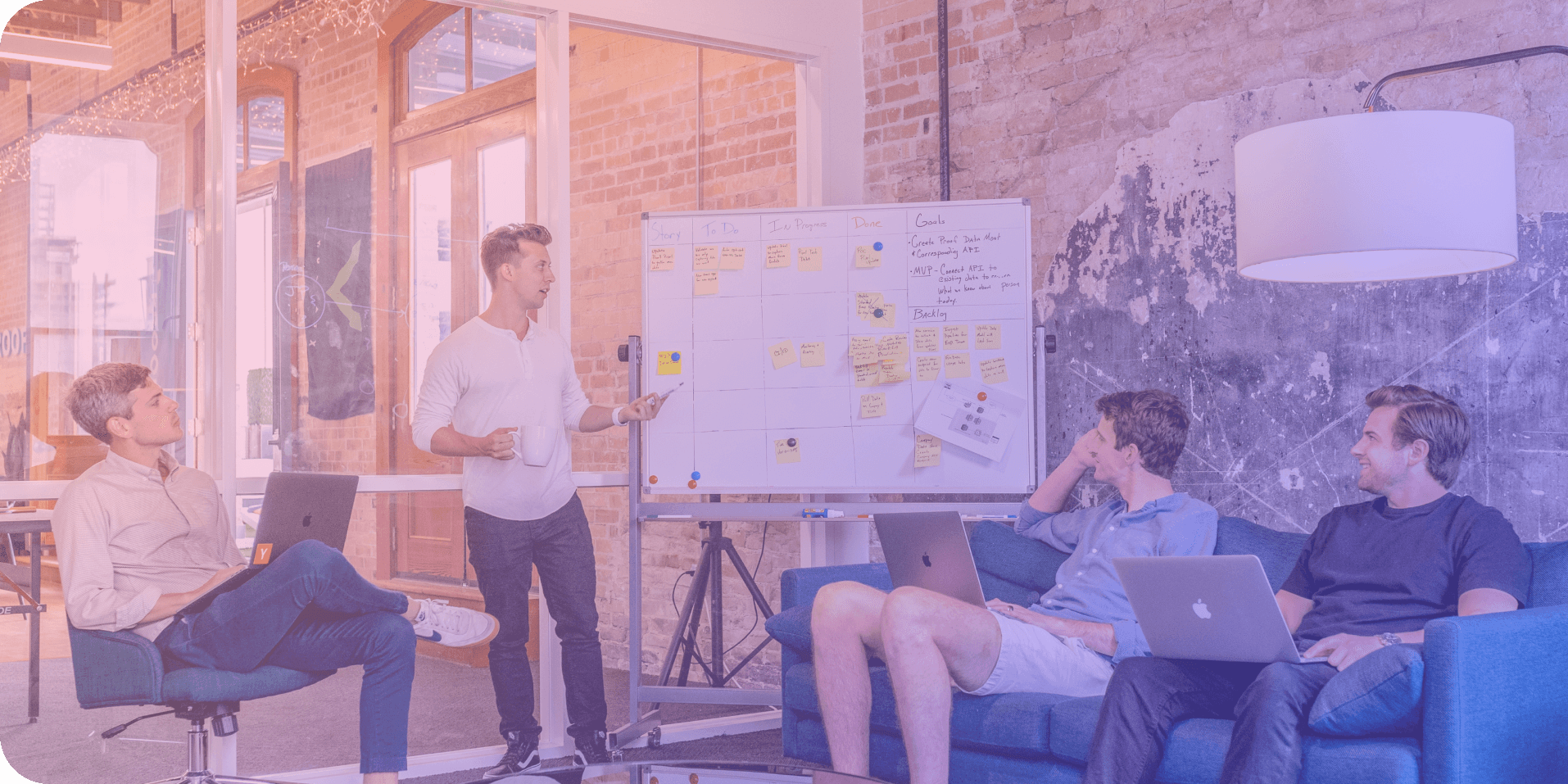 We didn't have to overly explain what we were trying to do. We dropped them into an existing app, so they had to pick up concepts about our domain model. TTT Studios understood our project goals quickly.
Ian MacKinnon
Co-Founder and CTO of Later

Imagery and visuals are very important when it comes to posting on a platform like Instagram. Thus, Later sought to make visualization a key part of the app’s features. They wanted to create a Quick Schedule Feature that would allow content creators to easily plan and manage their posts. This would involve allowing creators to view the scheduled posts in a grid format so that they can view it in context with the rest of the page. TTT Studios provided a dedicated team to help Later build out this feature. After creating an interactive prototype for the feature, TTT also conducted user testing to validate how users were interacting with the app.

TTT Studios set up four different scenarios for user testing. The scenarios were chosen based on features in the app that could potentially be stressed or broken. Depending on the result of the test, each run was then classified as a direct success, indirect success, or failure. 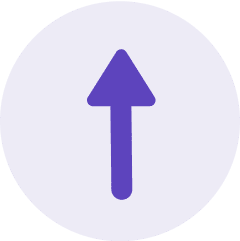 User successfully completes scenario/task with little to no issues. 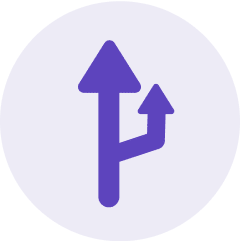 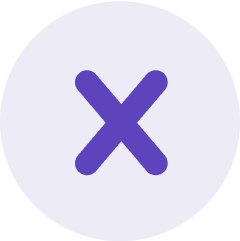 For the test, Later provided TTT with a handful of their users who agreed to take part in the testing process. We then used a testing platform called Maze to run each user through the four different scenarios. As for the results of the tests, scenarios 1, 2 and 4 were overwhelmingly successful. Scenario 3 had a 60% success rate with a 40% failure rate, and upon further investigation, it appeared that some users struggled to make the connection between the terms “account” and “settings”. However, they also stated that once the connection was made, it seemed obvious and felt intuitive. To mitigate the initial confusion, we changed the terminology from “account” to “settings” and added a tooltip to help guide users.

The second project Later wanted to implement was a Calendar View Feature. They wanted to allow users to schedule posts on the mobile app, and a way to visually present the calendar view that gave creators a sense of the timeline for the scheduled posts on the horizon.

As we were developing the feature, we had a couple of considerations when it came to designing the user interaction. The way we designed it, when a user long pressed a post, they would be able to move it around to the desired date and time slot on the calendar. However through testing the feature, we discovered that while moving a post, the user’s finger would cover up the date and time information. To remedy this, we added a dialogue box that pops up and shows the time and date on top, while the post is being moved/dragged.

Originally, Later wanted separate views for each time frame (ie. daily, weekly, monthly, etc.) so that the user can apply the filter based on what they wanted to see. Upon testing out the prototype, we found the lack of screen real estate made posts hard to see in a meaningful way, especially in some of the more zoomed out views. For example, in the monthly view, details of the post would be too small, and changes would be awkward to make. To provide the same amount of flexibility without this issue, we decided to implement infinite scrolling. This would provide the ease in navigation without the need for different time frame filters.

When building out this feature, our designers and developers put a heavy focus on usability and user experience. They considered not only how the feature would work, but also how it would make the user feel. To provide an intuitive experience, we implemented double scrolling for both time (vertical scrolling) and date (horizontal scrolling). We also added a slight tilt to the post as it’s being dragged to give the user a sense of momentum as they move it to the desired time slot.

Using a platform called lookback.io, we tested the Calendar Feature with a live version in order to get more context on how the user was interacting with the feature/app. Similar to the Quick Scheduling Feature, we ran the users through four separate scenarios.

The results of the test were overwhelmingly successful with the only issue stemming from scenario 3. While all the users completed the task successfully, they reported a bug that required users to input a time and date for the post even though it’s already been set. We decided to omit the entry for time and date and only bring the user into the scenario if they have a time and date already set. This would prevent the redundancy of setting it twice.

TTT Studios provided high-quality code and delivered well-functioning features to the satisfaction of stakeholders. The team was capable and diligent, limiting unnecessary oversight. Their industry knowledge supported efficient collaboration, which positions them well for future engagement.
Ian MacKinnon
Co-Founder and CTO of Later

Want to build something together that will grow your business?

Founded in 2014, Later is one of the fastest growing companies in Canada according to Deloitte's 2020 Technology Fast 50. The Vancouver-based company is a marketing platform for content creators with over 4 million users globally. Their Instagram scheduling tool allows content creators to visually plan social posts, publish automatically, and get tailored insights to help grow their platform. Originally created from a hackathon, they have since grown to become the #1 visual marketing platform for Instagram, Facebook, Twitter, and Pinterest.

Listen to our Podcast 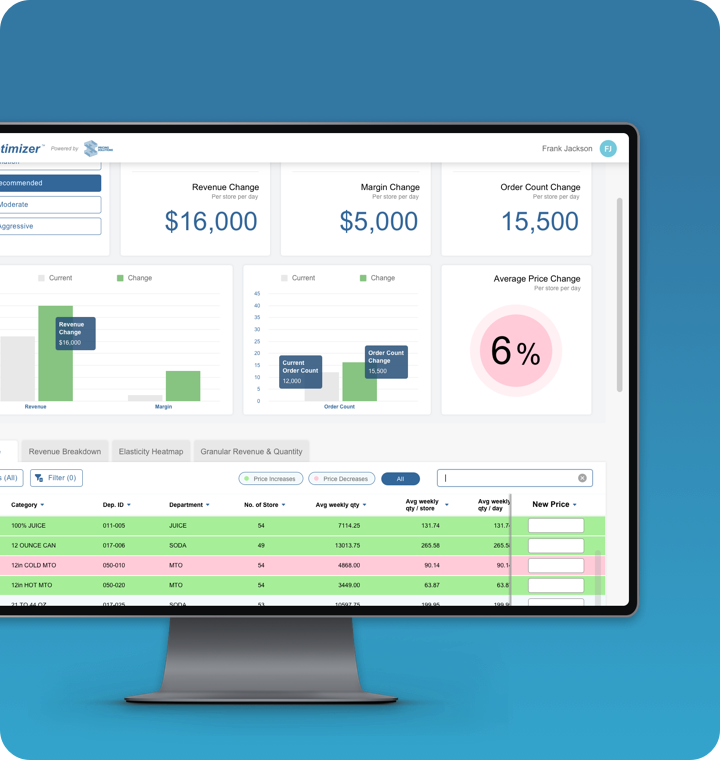 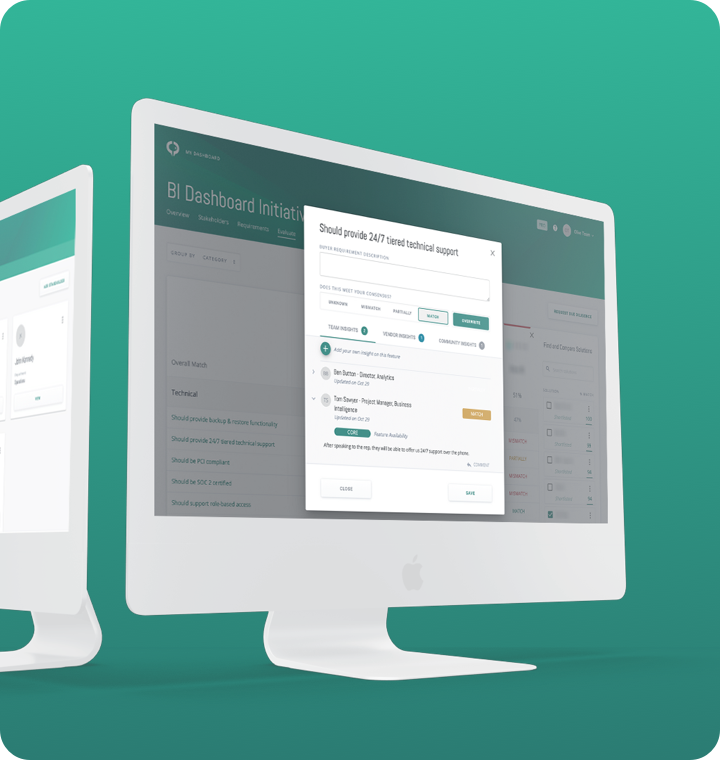 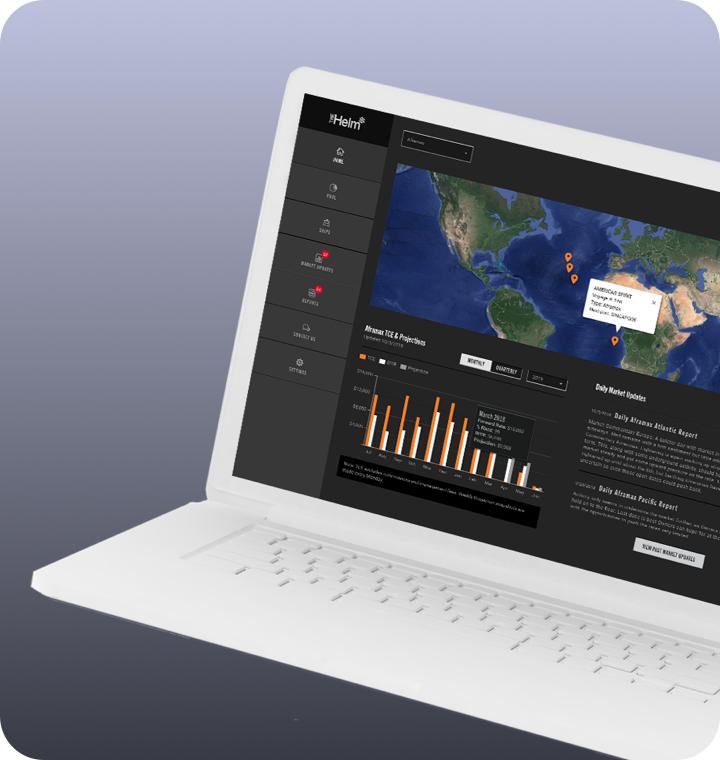 A platform for streamlined decision making

Real-time tracking for commercial vessels
We use cookies to improve your browsing experience and to understand how you interact with our site. By continuing to use this site, you agree to our use of cookies as outlined in our privacy policy.